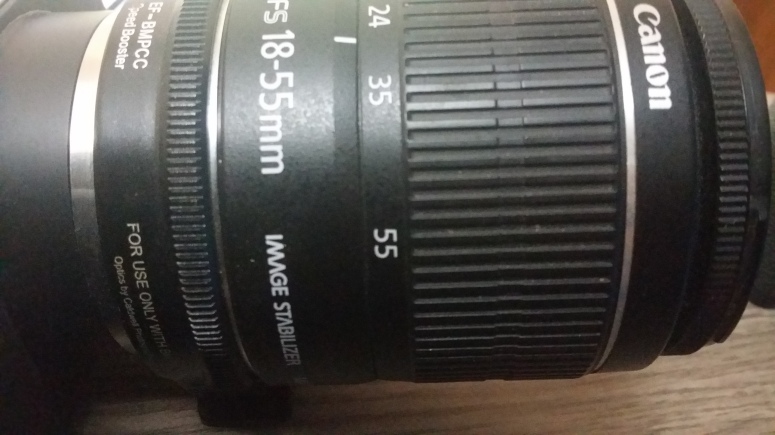 You may have found that it doesn’t fit, because of a piece of protruding plastic at the back.

I personally didn’t care about his disused lens, I had it for my Canon 50D, which I don’t use anymore anyway.

I could have used a proper tool, but I ended up using the hacksaw part of a regular multitool. Be warned, a piece of ribbon cable tore off and left a small PCB behind, though this has not effected the workings of the lens (I never use autofocus though, so I didn’t test it).

I also scuffed up the mount, and it’s a little crunchy putting the lens on the adapter, but no glass is touched.

That is all there is to it. I did it because I was looking for an all purpose lens, and this ticked most boxes, and I already had it, and it is an extremely affordable lens! It’s great quality, I even put this setup on my GH3, and there’s vignetting, but it could be used in a lazy youtube video if you aren’t at 18mm. The only problem is its overly bright, so I need ND filters, even when cloudy.

As promised, here’s a video that showcases the lens working on my BMPCC.

Ignore the sticky focus ring, but who zooms whilst filming anyway? Though now it’s not just something I don’t want to do, but can’t. Also, my lens was a little dirty.

All photos here were taken months after I’d done it (on my phone), and used it a fair bit. I like it and think it’s worth doing if you’re not worried about your lens. I zoomed the lens right out, so it was far away from cutting tools, and stuffed a tissue in the back of the lens, in a hope to keep all debris out of the lens.